I was talking to the youngest councillor of RBWM yesterday, Joshua Reynold Lib Dem, who phoned me to discuss my Motion regarding council meeting attire… he introduced me to the concept of Boris’s dead cats…

Apparently, because Boris always finds himself in bother, to detract from the really bad stories, Boris chucks in a non-story to defuse the situation, it gets people talking about something and nothing while the really bad stuff gets left to the annuls of history…

I was advised that the “Mayor to send letter to councillors about their attire at council” is one of those stories… now it sounded like Boris was certainly in the room, if you listen to the tapes of the council meeting and it looks like I was sent the dead cat 😉 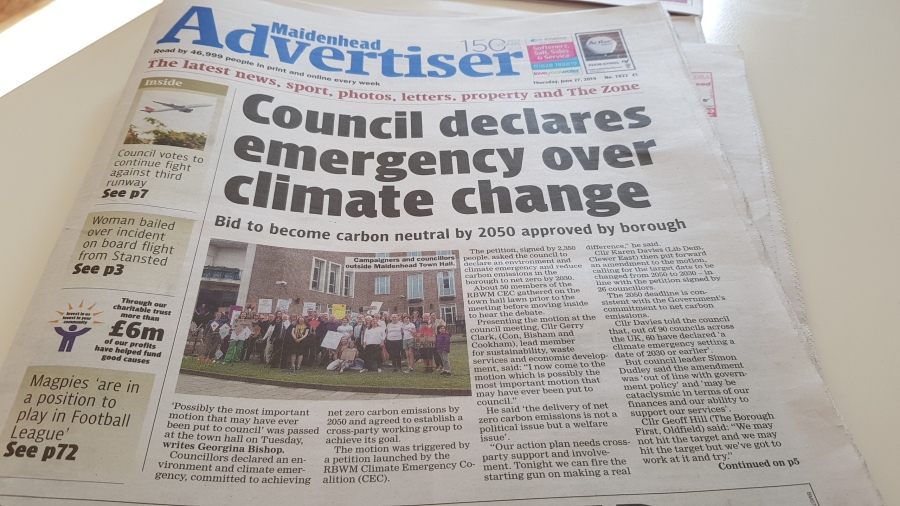 The petition online called for a date of 2030, the RBWM Conservatives preferred a date of 2050… I can only assume that’s because they are not serious in their intent to do something about it and by 2050 most of the current councillors are likely to inhabit a more peaceful place! I look forward to being proved wrong…

Anyway, we did ask the questions in full council… must have been really weird for the 23 Conservative councillors to have to listen to 18 other councillors… they used to just simply ignore them, 3 or 4 previously, or shout them down, now they have to sit and listen to an alternative voice… must be gnarling 😉

Click here to listen to full council meeting, climate starts at 30 mins and goes to around 90 mins

FOI ON EMAILS TO AND FROM MOSQUE

Very touchy subject, I’ll leave this to professional journalists to report on… Will Taylor, your thoughts please…

The inspector who decides on if a local borough plan is allowed to proceed is getting increasingly bored of the Conservative approach to our own plan. Without a plan in place the government can more easily override the council with regards to who can and what is built on RBWM land.

The proposed local borough plan is directly responsible for Squires’ closing and the Wyevales site and HA11, being under threat of development. The Conservatives failure to listen to local knowledge, preferring to spend over £500,000 on consultants, (page 144 line CI32) is possibly the main reason the submission failed. Is she saying start again?

So we’re going to spend more money fighting the government over Heathrow… does feel like rather a waste of money. If we saved our powder for the final defensive line it might make more sense…

But it was nice to see all the parties; WWRA, OWRA, Lib Dems, tBf and Conservatives all get a mention on page 3 in the Royal Borough Observer.

Royal Borough councillors are to receive a warning letter about the way they dress, after lead member Cllr Simon Dudley tweeted his displeasure over ‘disrespectful attire’ worn at Tuesday’s meeting at Maidenhead Town Hall.

It was a first full meeting of the council since recent elections saw several new members voted onto the authority.

Speaking to the Observer yesterday (Thursday) about his tweet, Cllr Dudley said that the mayor would now be sending a letter to each councillor warning them to dress respectfully at future meetings.

He said: “If they don’t dress or act appropriately they may be refused permission to speak and asked to leave.”

Cllr Dudley did not name anybody but newly elected Cllr Jon Davey, who represents Clewer and Dedworth West ward on the Royal Borough, wore jeans and a T-shirt at Tuesday’s meeting.

He said this week that he was not aware of any council rules specifically demanding that people dress in a certain way.

He said: “A lot of people were dressed casually at the meeting. You cannot just make up the rules as you go along.”

Cllr Davey is now considering putting a motion before the next council meeting, inviting councillors to debate the whole issue and vote on it.

He said: “It is not what you wear that matters but the way you speak to people and how you treat people.”

Hey, at least I made it on to page 3 after my first full council meeting… who knows, some of the things I say over the next 4 years may make it onto page 1… we’ll just have to wait and see…

What have WWRA been getting up to while the Conservatives throw cats on to the table? 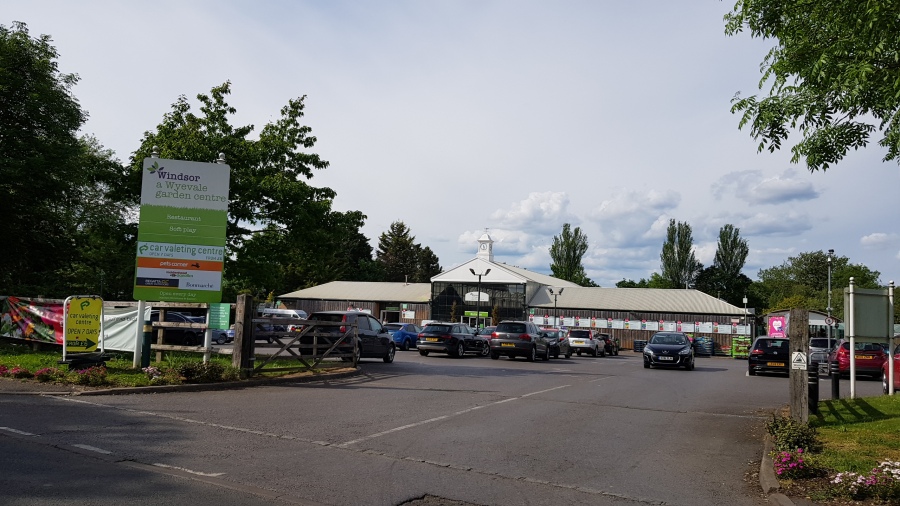 Following our meeting and your subsequent email the following is a quote on behalf of Wates Developments:

‘After a meeting with WWRA, Wates has confirmed that Wyevale is at present occupying the Windsor site on a rent free basis with a flexible notice period. This is enabling Wyevale to maintain continuity of employment and occupancy of the site, including facilities such as a coffee shop. In the coming years, a more certain future solution is necessary. Wates is committed to constructive engagement with local community groups and key stakeholders in the formation of future proposals to meet local needs within the HA11 proposed housing development allocation.’

Come along on the 9th July to Go-Gos, Racecourse Marina, Maidenhead Road

I do hope the Conservatives can learn something from our far more positive approach to life?