I guess it was the frequent mentions, at the full council budget meeting, of the Titanic & icebergs by the Opposition that got me thinking about boats. I have this picture of dragon boating on Dorney Lake, raising money for Kids in Nepal at the High Wycombe Rotary Club Dragon Boat Race a few year’s ago. Great fun diving in when we knew we’d lost the last heat 😉

But there is a serious message. In Nepal, if your Sherpa father is killed and your mum takes a new husband then you, as the offspring of another, could be kicked out to fend for yourself at a very young age. “User Pays” in action!

The evening started well, Cllr Hilton, Lead on Finance, sharing that Windsor would be re-energized. Then it went downhill…

Andrew Johnson said he had not had any suggestions for alternative budget solutions, a comment repeated frequently on social media. Well he is a PR man, so the more times things get repeated the more believable they become. 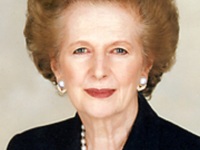 He does like a sound bite so we had “this leader is not for turning” (is there something in the eyes?) The Oaks was mentioned (a sports facility for Ascot) but it is not in the actual budget so not sure why that was mentioned. Free parking for fully electric cars also got an environmental point scored.

Plus a new phrase “User Pays” to which many will say, “Well that’s only fair” until they find it’s there turn to actually pay! This means that there is no more money in the pot, so unless we are legally obliged as a Council to pay for your (statutory services) then you will have to pay. I guess the opposite of community care, more dog eat dog. Ending with a “Borough of Opportunity and Innovation”. Reminded me of the post war years and people having to be innovative about how they survived!

Cllr Lynne Jones gave an excellent response to the budget, picking out the key points and reminding the Conservatives why we are where we are at. You can hear the recording of the whole evening here >>>

At this Full Council meeting 15 of the 17 Independent & Lib Dems spoke, while only 8 of the 23 Conservatives spoke, 10 if you count the 60 seconds from two of their number. This is the annual full council meeting, you’d think they would be more interested?

I was a little surprised at Cllr Stimson’s response to Cllr Da Costa’s budget amendment, agreed with senior officers, to create a single pot of money of £15,000 for the training of RBWM officers in areas of Environmental Change, which he had costed out. This, coupled with a few telling indicators, gave me the sense of a rehearsed leaning towards the Motion that Wisdom had created, meant as a fall back position. I don’t know if he sensed a hijack coming too, but he pulled his motion after the break.

This was my contribution. Bringing in the key elements, I wanted to see BRAVE DECISIONS being made. All I see is a delay of the inevitable and a total lack of anything substantial from the administration.

Windsor contributes 40% of council tax receipts to RBWM but does it get it’s fair share of capital investment? NO IT DOES NOT

Fancy suggesting RBWM spend £3m – £4m on cycle paths (LEP), way more than the £1.9m budget for roads (grant), when we are likely to have no reserves left at the end of 2021-22 and there is the VERY real possibility of a section 114 notice being served… It feels like the Conservatives are forgetting about essential tarmac on the roads & planning family picnics!

£200m overdrawn, £7m due in interest payments (no grants for this, very much your council tax)… OK, it is time to wake up and smell the coffee!

Once the Conservative leader admits and accepts responsibility for HIS party’s actions, I’ll be happy to do my bit to help the council get out of this financial mess. However, I will be expecting a greater balance of investment for Windsor in the years to come.

As the new Independent Lead on Infrastructure I’ll be asking lots of questions moving forward and looking for answers… questions like:
– Why is the LEPs £100k for Ascot on the front page of the Budget? Surely the potential multi-million loss on the Braywick Leisure Centre would better represent Conservative financial management?
– If we get £98k CIL income for Air Quality, why do we only have £60k in the budget for next year?
– Why are we funding MAKE Maidenhead, what about Windsor?
– The meagre £1.5m LEP for re-energizing Windsor… when will we see the plans?
– Do West Windsor residents need more houses on the Greenbelt?

We are not like other councils, Windsor is a town commanding global interest and that needs to be appreciated more in the decision process… RBWM does tend to milk Windsor for what it can get when actually, it could do with a little more tlc…

Why Conservative Councillors have been allowed to overstep the mark and dictate how it is going to be to officers is beyond me! Stories of councillors banging on tables to get their own way? Officers “forced” to back down for fear of repercussions? Totally Unacceptable

Naughty school children throwing tantrums when their parents say NO! And even when they get their own way, they manage to overspend!

They are certainly NOT laughing now!

Another budget line, CD27 Pave Dedworth is showing £29k overspent! The Conservatives just PUSH it down the line… ladies and gentlemen, this is your guard speaking, we have reached the END of the line!

And by way of a hattrick, CY27, which can only be described as an election budget of £250k, canned after the election when 18 Independents & Lib Dems walked through the doors in May 2019… how can you remove a budget line without a vote? You can’t if you do things properly.

“Stop all this political nonsense and act responsibly, let’s see a little professionalism and solve the immediate problems of the budget.
Time is a luxury that we do not have, action is required now, positive decisions are needed. Too many committees, too many meetings and your working Shire horse ends up redesigned like a camel.”

He is not wrong, the childish bickering and cheap sound bites from all sides have to stop.

The Conservatives have got us into this mess, so THEY must get us out. This means stop coming up with sticking plaster answers, stand tall and make some BRAVE decisions.

Secondly, admit that they have backed themselves into a corner and there is only one logical way out. THEY must call for a Referendum and suggest a realistic but painful increase in council tax.

And then work on a strategy to convince residents to vote for a Referendum, a HUGE ask, so we can ALL get out of this mess created by the Conservative decision to constantly vote to under fund the council’s actual needs? Why would you do that?