There is a cultural change going on at the roots of RBWM… acorns sown long ago are growing into great oaks of ancient woodland and the ecology that surround them are being protected, even from the offer of the Yankee dollar!

Ecologists, environmentalists, green folk and those of every colour of the rainbow should be celebrating this moment… pressure brought to bear over years by a few is now bearing fruit… thank you.

At the RBWM Planning meeting on Wednesday evening, Cllrs voted go with the Officer recommendation and refuse application 20/03418 Land Adjacent To The Drawery Windsor Great Park Windsor. Proposal: Change of use of land for construction of film set and use of associated land for parking and storage purposes for a 5 year period.

OFFICER RECOMMENDATION: It is recommended the Panel refuses planning permission for the following summarised reasons (the full reasons are identified in Section 13 of this report):
1.The proposal is inappropriate development in the Green Belt and would result in loss of openness to the Green Belt and lead to encroachment of development in the countryside. ‘Very special circumstances’ do not exist in this case to justify granting planning permission and the proposal is contrary to policies GB1 and GB2 (A) of the Local Plan and paragraph 143 of the NPPF.
2. The proposal would detract from the rural character and appearance of the area and be detrimental to the recreational value of the public footpath. Insufficient information has been submitted to demonstrate that protected species and/or their habitats would not be adversely affected by the proposal. The proposal is therefore contrary to Local Plan policies N6 and DG1, adopted policies NP/EN4 and NP/EN5 of the Ascot, Sunninghill & Sunningdale Neighbourhood Plan (ASSNP) and paragraphs 170 and 175 of the NPPF.

When the Leader of the Council and Chairman of Cabinet, Business, Economic Development and Property in his capacity as lead on business & economic development shared how the financial benefit of the Netflix drama set, which he quoted as being £4,200, I assume per day times 50 days shooting = £200,000 per year, was of greater value, offering “Very Special Circumstances”, over the ecology of ancient woodland, hundreds of years old, forged over millennia, in Ascot it was sad, amusing and unforgivable in that order.

Sad because the leader of the council is true blue and it’s “all” about the money… I know for sure, in the next week or so he’ll be harping on about how he’s doing great things for the environment!

Amusing because the lead on business and economic development got his sums wrong (the report quoted £42k spent per day for a hit movie and £22k for a TV drama), he said 42k and 4.2k, messing up his big moment 😉

Unforgivable because here we had the leader of the RBWM looking to compromise our ecology for a paltry sum, whichever financial base you use. Ancient woodland and the ecology that surround it cannot be replicated in a few years in real life, although it can be digitally created in a studio.

Cllr. Johnson brought with him his reliable ward councillors, Cllr. Luxton & Cllr. Bateson, happy to follow his lead while talking about naturists and HRH giving 100% permission, but hey they were on message, asking the panel to reject officer recommendations to refuse approval!

Thankfully common sense reigned supreme and Cllr. Hilton, who I respect and look to for guidance on planning as he really knows his stuff, led the way explaining how night shooting could not be ecologically sound and the economic benefits to Ascot and Cheapside would be minimal.

But not before Cllr. Bowden explained he had an interest in the movie business, playing a number of bit parts and was grateful to the M3 for keeping the food chain supplies going even though a few people were against it being built back in 1970s.  He did try to come up with a motion to reject officer recommendation and felt a little let down that they wouldn’t give him the wording needed to go against their recommendation to protect the local ecology!

One can’t help thinking that his brain, being at one with the universe, brought forth its own truth in not finding the words but that might be too Avatar for most 😉

Cllr. Walters and Cllr. Knowles were both keen on economic growth but at what cost?

You can’t replace the ecology with money, it doesn’t work like that. Once the damage is done, it is essentially permanent for “our generation”. When they start shooting how it was in 2020 in 2222 when those few saplings planted to say “sorry for mucking up your gaff” have grown into ancient woodland, informing the life around them, then and only then, will we know if it’s been worth it.

Thankfully the panel went with the officer decision 7 votes to 2.

A quick google on Free Empty Commercial Properties in RBWM and a FOI from last year shows more than 500 properties available… there must be plenty of industrial estates with 14,999 square metres available to build this set?

It is a great shame that this meeting was shot with a static camera as the law has forced councils to host face to face legal decision making meetings from now on. Officers have assured me they are looking for a better solution and no final decision has been made on how residents can tune in online to view proceedings.

I feel, had these presentations been viewed on Youtube in real time, as meetings have over the last year, there would have been more of a social media reaction to what went on but hey, those voicing opinions against officer recommendations are probably grateful for the peace & quiet… and so are, thankfully, those ancient woodlands, their ecology and the critters that live there.

Photo by Tyke Jones on Unsplash 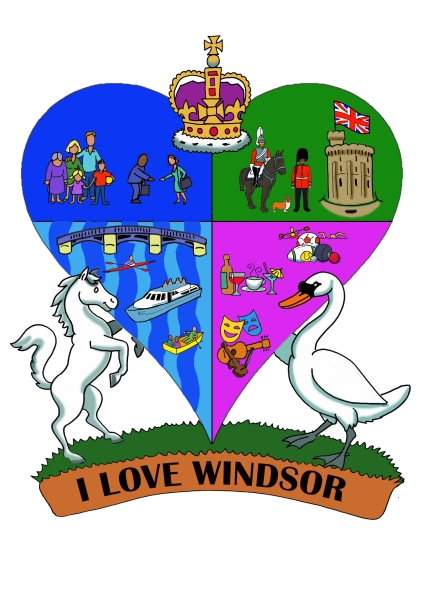